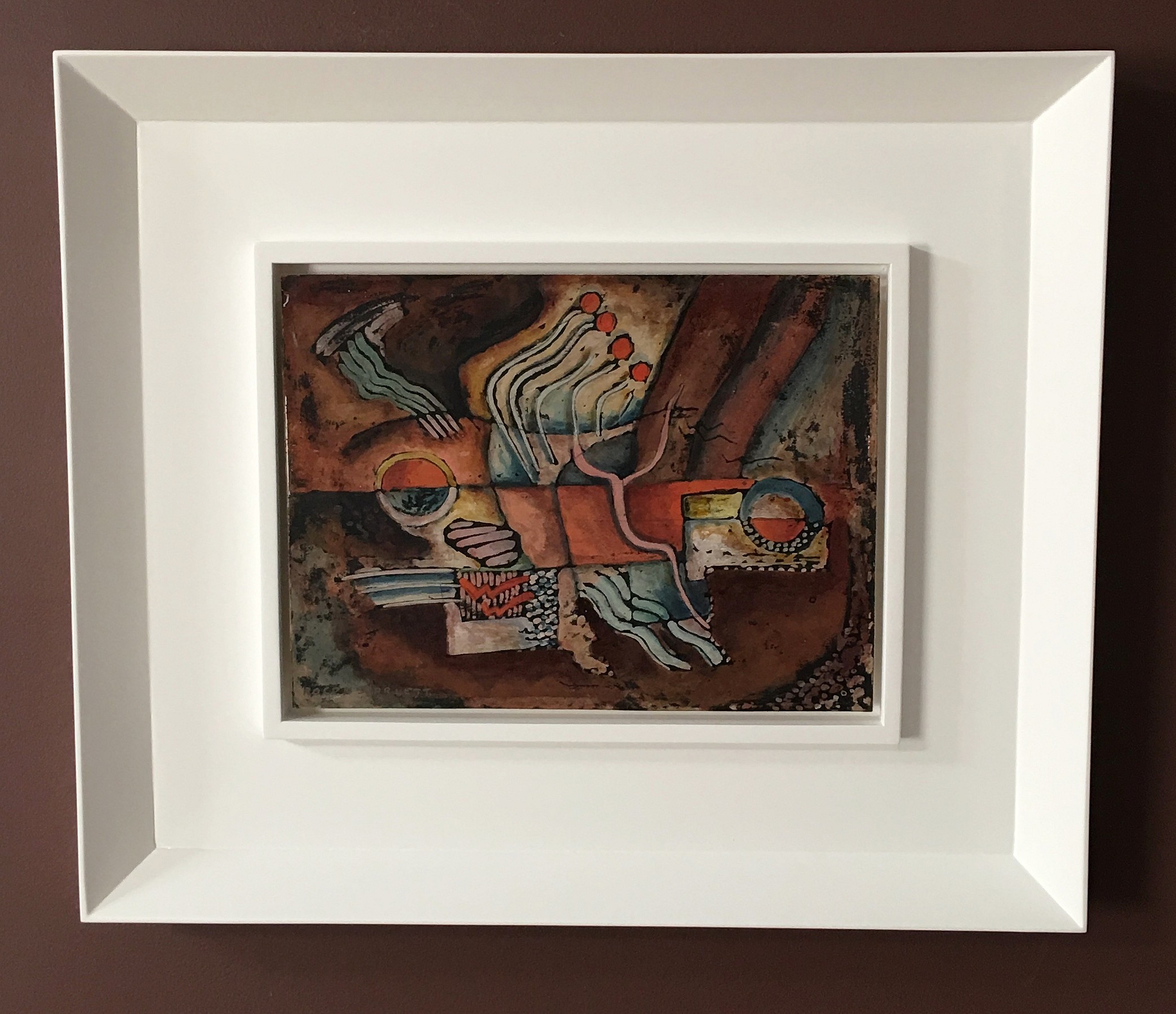 Rolph Scarlett was a protean artist whose career paralleled the development of modernism in the U.S. from the early part of the 20th century until his death in 1984. His oeuvre includes early modernist works, geometric abstractions, drip paintings, stain paintings and abstract expressionist works. His work very often prefigures developments in the broader art world by a decade or more.

Lawrence Fine Art is pleased to present "Rolph Scarlett: Works on Paper from the 1920s to the 1950s," an on-line only exhibition on Artsy from February 15-March 15. The exhibition will survey--in paper form--Scarlett's development over time and across genres. All of the works come from the estate of Sam Esses who was one of Scarlett's major collectors.

"Our initial contact with Scarlett's works was the geometrics," said Gallery Director Howard Shapiro. "But there is so much more, and it is interesting to see how his artistic development often predated broader developments in the art world. For example, we have works showing he was experimenting with drip as early as the 1930s."

A major proponent of non-objective painting, Rolph Scarlett's career and artistic philosophy is closely linked with the early history of the Solomon R. Guggenheim Museum in New York which had 66 of his works in its original collection. Scarlett's early work was heavily influenced by Kandinsky and Klee. Non-objective painting is not simply abstraction by another name, but a distinct movement arisen from the desire to divorce abstract painting from its derivative reliance upon figuration.

Arguably reaching its apogee between the mid-1930s to mid-1940s, the movement of non-objective painting sought instead to lend color and form to the immaterial experiences of the musical, symbolic and the mystical--but not necessarily the spiritual. Scarlett was opposed to terming his work spiritual.

The geometric abstractions of this period are among Scarlett's best known works. But before this, he was experimenting with the angular forms and industrial rhythms of early modernism. In 1951, he had his first show of drip paintings at the Whitney. His works from the 50s incorporate staining.

"Scarlett's role in the development of modernism has been understated," said Shapiro. "But that is beginning to change. Arts and Antiques Magazine recently ran a cover story on Scarlett. Other galleries are also beginning to recognize his importance."